Book Summary How to Buy The Author What is Midland Red? After-Dinner & Group Talks More Information

An entertaining historical and autobiographical book recounting the author's working life with the legendary Midland Red.

Its buses, its people, and the development of this exciting enterprise.

Credit & Debit Card payments powered by Square.
Or pay via your Paypal account

*For destinations outside the UK mainland, contact us for delivery fees. 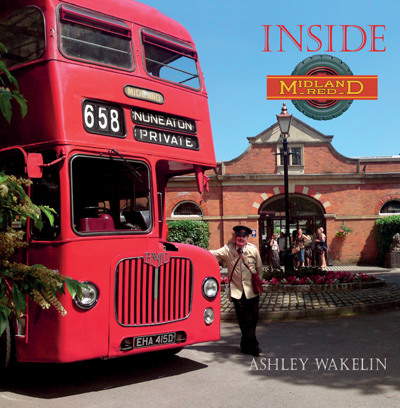 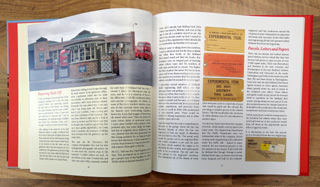 What was it like to work for the massive Midland Red business that dominated bus operations in the Midlands of England for most of the 20th century?

In this part autobiographical, part historical book, the author tells of Midland Red's spread from Birmingham across 12,000 square miles, and the designing and building of its unique trendsetting fleet of home made buses and coaches.

He also tells entertaining stories of his working life from office lad, conductor and driver to management in Midland Red.

Hard back, 128 quality pages with over 250 photographs, many not previously published.

Just click the Buy Now button above which will take you to the payment page (powered by Square).

Then click the blue Checkout button, and enter your card details and delivery address.

Incidentally, you might also see a black "Buy with GPay" button on the payment page - just ignore it. It is only for people who have their own GPay (Google Payments) account - most people will not have a GPay account, so just click the blue Checkout button instead.

If you prefer to buy using your Paypal account, you will find a link above, beneath the Buy Now button. 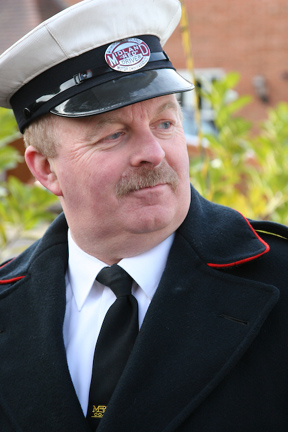 Ashley has seen the bus and coach industry evolve over fifty years of change. He has worked in manual and managerial roles, has been an enthusiast, preservationist and operator, and has worked in both the private and public sectors with national and small independent operators.

Besides having a collection of Midland Red memorabilia and models, he has had over sixty full sized buses and coaches, some passing through his hands and others staying for either work or pleasure - all between his sixteenth and sixtieth birthdays.

He also gives entertaining talks to groups about Midland Red, its history, its buses and its people.

But it was his passionate enthusiasm for, and his career with Midland Red, and the association he had with staff at all levels which has provided the content for this book as he takes you, INSIDE Midland Red. 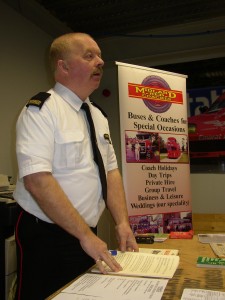 Ashley Wakelin, the author of the new book Inside Midland Red also gives entertaining and engaging talks about Midland Red, its history and development, its social history, and its people. For more details, see After-Dinner & Group Talks. 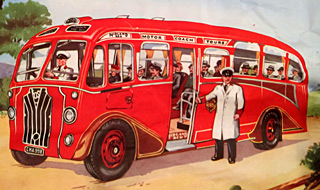 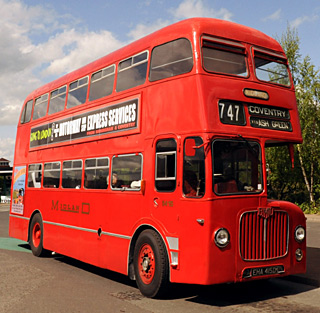 What is Midland Red?

The Birmingham and Midland Motor Omnibus Company (BMMO) played a pre-eminent role in bus and coach design. Their bus and coach operations were based in the Midlands, and with their bright red livery their mission was to "paint the Midlands red" with their fleet. And so they became colloquially known as "Midland Red".

The company began life in 1904 during the era of horse buses, and rapidly expanded across the Midlands, eventually being nationalised in the 1970s and then split up for privatisation in the 1980s.

But Midland Red was more than a bus company - it was the only company in the hey-day of British bus transport to design and build prototype and production vehicles from the ground up. BMMO was probably the most significant engineering bus company in the history of British road transport. It was led by three strong characters: pre-war by L.G. Wyndham Shire (SOS - Shire's Own Specification) who was in charge of engineering, and O.C. Power who ran traffic and operations. Post-war D.M. Sinclair assumed both roles for a while and led the company to further great engineering achievements.

With a bus operating network covering over 12,000 square miles, and its nationwide coaching activities, it ran with a team of almost 8,000 staff, with its headquarters and Central Works in Birmingham, and 35 garages spread across the Midlands.

Midland Red played a big part in the lives of the people of the Midlands for most of the 20th century, and still retains a fiercly loyal following of enthusiasts, which is why it is important for stories of the Red such as those in this book to be retold for future generations.

Midland Red was entrepreneurial and enterprising, and a spiritual home to those working or associated with it. Their designs were innovative, creative and exemplary - they were quite simply years ahead of their time. They had a small expert group of engineers working in large engineering workshops with specialised testing facilities, and many of their developments were taken up years later by mainstream bus and coach manufacturers.

The pinnacle of their coach design was the CM6, a coach designed in 1963 that regularly operated a Motorway Express service between the Midlands and London until the mid 1970s. It was capable of continuous cruising at over 85mph with the journey between Birmingham and London of just 2hrs 15mins, often travelling in the outside lane of the motorway - all entirely legal at the time!

Read all about this and much more in the new book "Inside Midland Red".

Here is a short video of the book being printed at Flexpress in Leicester. 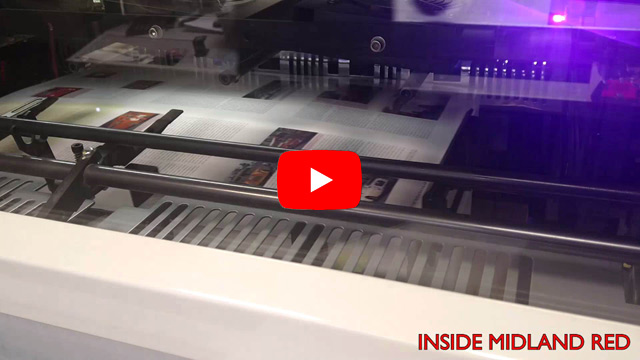 And here are a few selected photos.